Magnificent villa for sale in Pisa countryside with pool and park 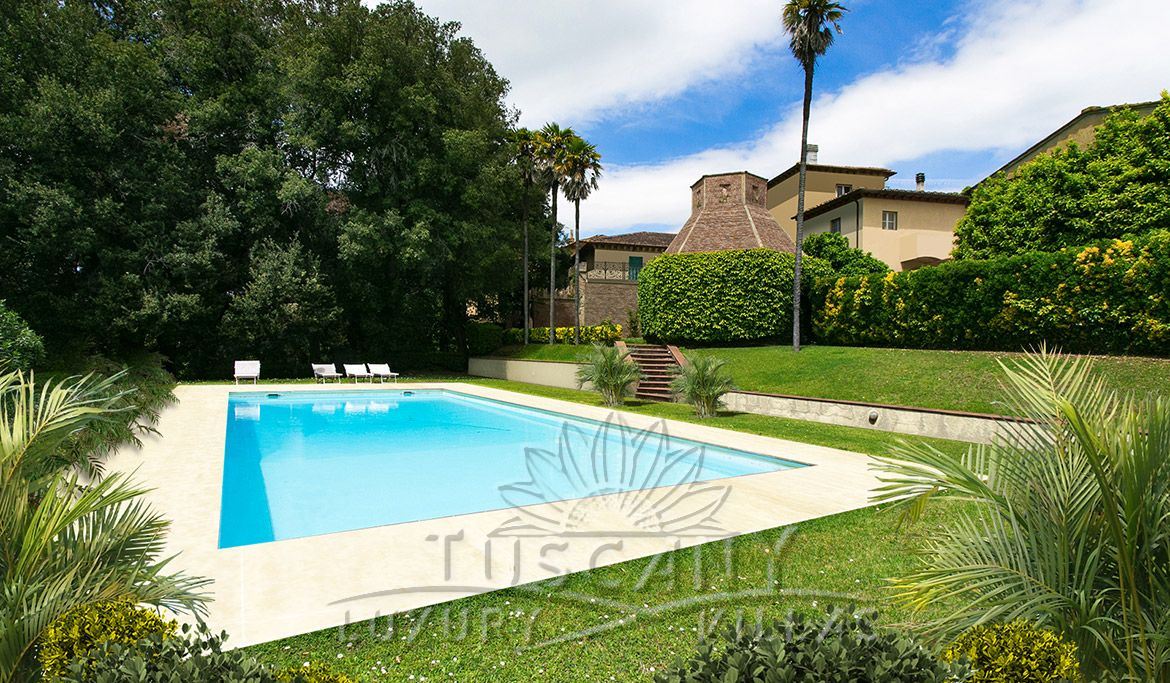 Magnificent villa for sale of sixteenth-century origin situated in a quiet and private position on the edge of a small village in the countryside of Pisa, surrounded by splendid olive groves and dense woods.
The charming mansion was built by an architect in the 18th century for an aristocratic family of Pisa and later belonged to important families in the area who, over the centuries, have carried out restoration work to preserve its magnificence.
The last of great importance dates back to the 1700s and is the one that gave the building its current appearance, which looks like an irregularly shaped building, with the main façade facing the town and two symmetrical entrances, with the noble coat of arms in the center.

The villa, with a surface of 750 square meters, is divided into three floors characterized by precious rooms embellish with numerous antiques and elegant carpets.
The ground floor opens onto an entrance lounge, followed by a large living room with sofas and armchairs well lit by two large French windows, a dining room and a built-in kitchen.

Going up a stone staircase leads to the first floor which is composed of a large living room with piano and a second living room that leads into the sleeping area.
Here we find four double bedrooms with bathrooms, a single bedroom, a bathroom, a wardrobe and a laundry room.

The second floor with two further bedrooms and a bathroom and two currently unused rooms.

The splendid villa is immersed in a large secular park of about two hectares, mostly with lawn alternating with tall trees that offer pleasant shady areas, such as the magnificent secular magnolia.
Through a short staircase you reach the swimming pool with solarium.
Not far from the house, suitable for moments of leisure and relaxation, the area in front of the villa, equipped with a barbecue and perfect for outdoor meals.
Inside the property there is also a convenient private parking.

The property's strategic position allows you to quickly reach both the most famous art cities of Tuscany and the most famous beaches and seaside resorts of the region such as Viareggio, Forte dei Marmi and Castiglioncello. 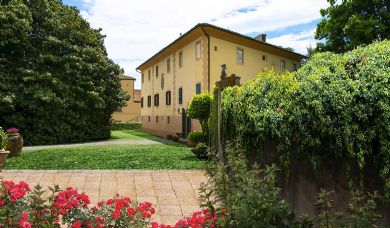 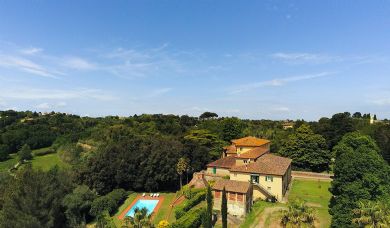 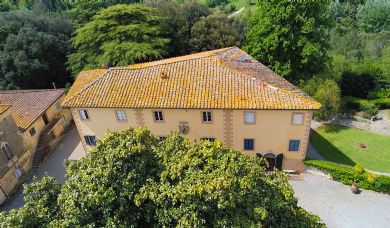 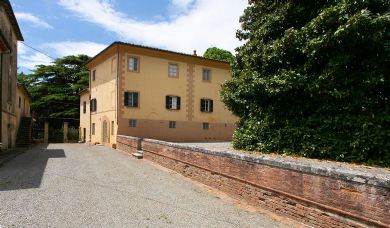 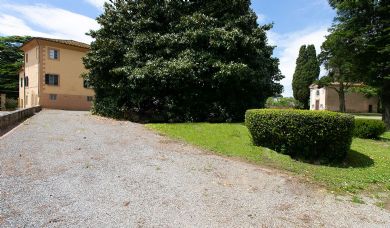